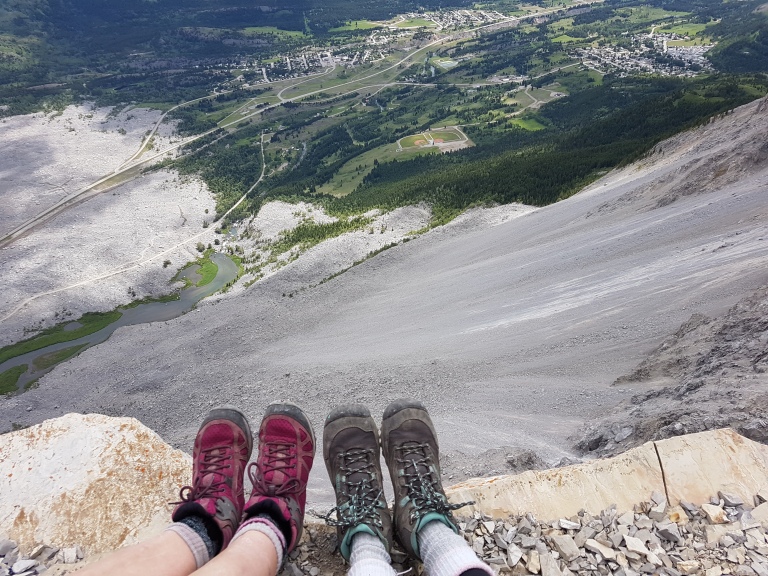 Turtle Mountain: the mountain that moves. There is a certain reverence that encompasses this mountain and the site of Frank Slide.

I’ll give a brief history for those not familiar with the event: In 1903, over 82 million tonnes of rock came crashing down from Turtle Mountain onto the small town of Frank, killing 70-90 people. I will attach a link to the Wikipedia synopsis on the bottom of the page.

The history of Turtle Mountain made it a priority on my bucket list. On Canada Day, July 1, Rachel and I headed up this landmark. The term “headed up” is quite appropriate, because we started on the wrong trail, lost the trail, and then literally just “headed up” the mountain! We figured as long as we’re going up, we’re golden! Rachel always says, “The best adventures are the misadventures,” and that’s become a kind of theme for us! Rachel had done this hike years ago, and as we were driving to the trail head, she was very impressed with her memory and sense of direction! So we parked the car, and headed for what seemed to be the right trail. It wasn’t too far in that it stopped, and we found a path that looked “trail-ish” and then something that Rachel thought was “familiar-ish” and then ANOTHER trail that looked “trail-ish”, but they all ended up being game trails that we kept following up the mountain. When we realized this,  we decided to bush-wack up, until we got to the top of a ledge where we could see.

We laughed at ourselves as we hiked the intense incline, and tried to dodge the ever-present mosquitoes. Finally, a sign! I heard voices! I told Rachel the good news, and we followed the voices until we reached… dah dah dah!…. the real trail! 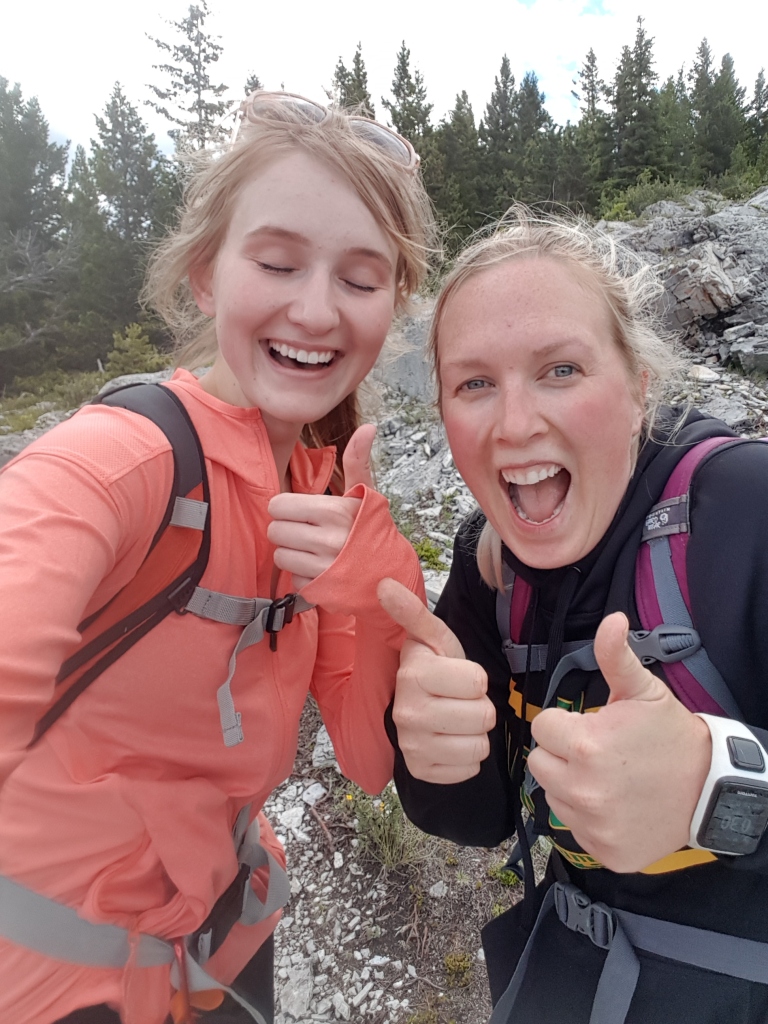 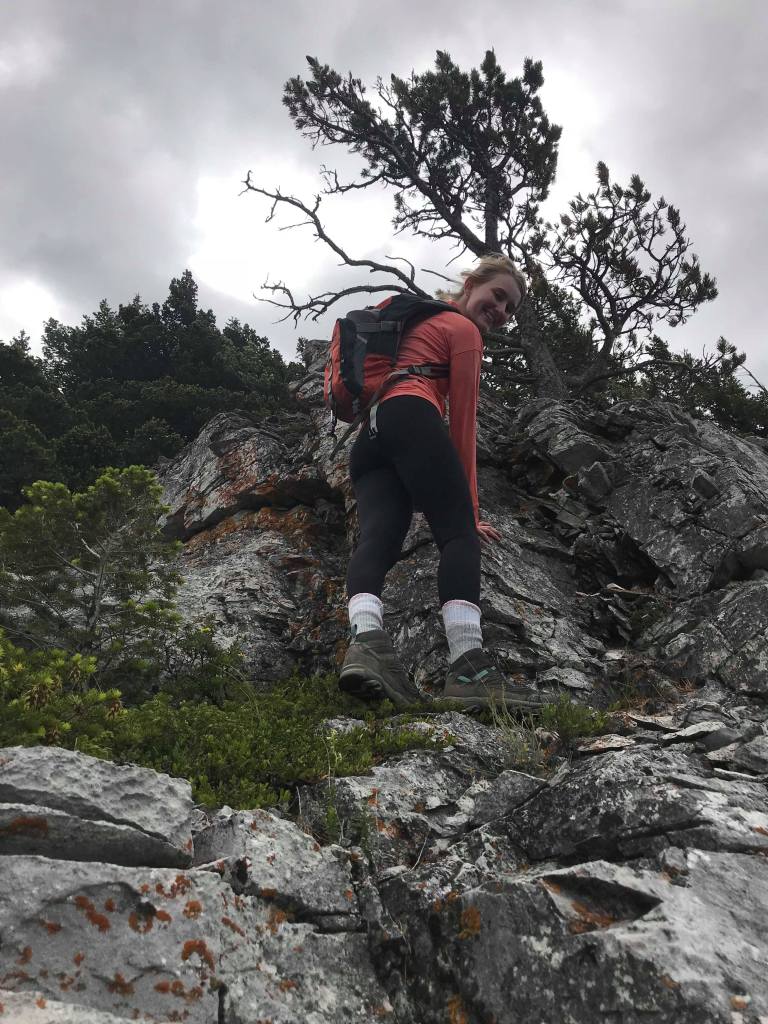 Rachel and I both wished we brought hiking poles, as the majority of the climb is fairly steep and covered with loose rock. We took many little breaks, as Rachel is still recovering from having her baby, and I am, you guessed it, still out of shape! 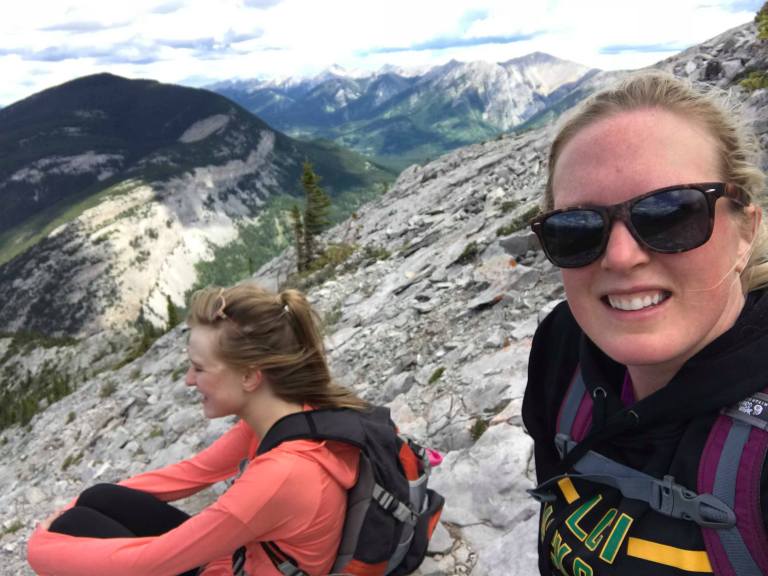 The view of Frank Slide was fantastic as we walked along the ridge. I can’t help but wonder what this hike was like before the mountain crumbled! There are two peaks, the north peak and the south peak. Apparently neither of these were the true peak before the slide. Since the hike, I have looked at the pictures of the original Turtle Mountain in the provincial archives- I’m sure some copyright laws prevent me from posting them here, but I will put another link at the bottom for you! 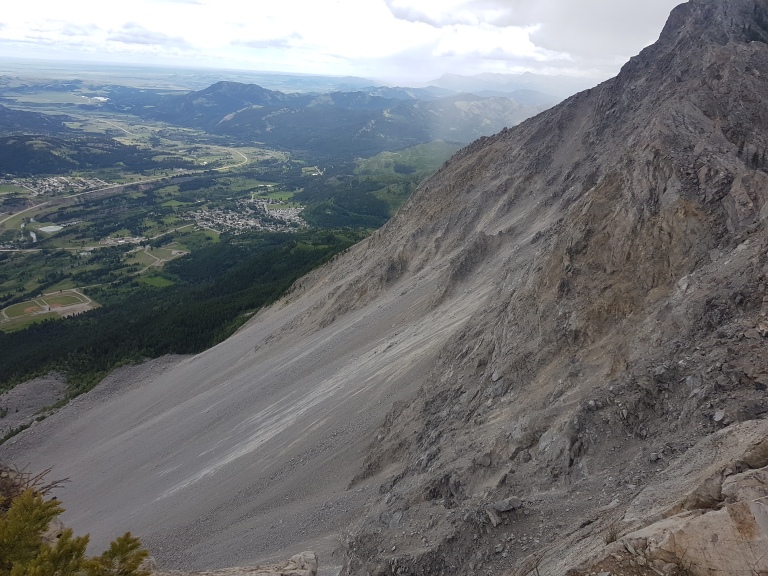 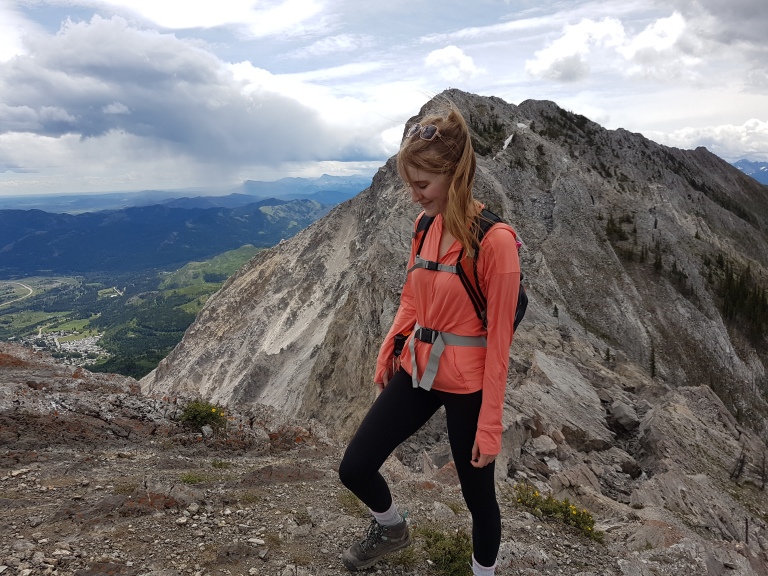 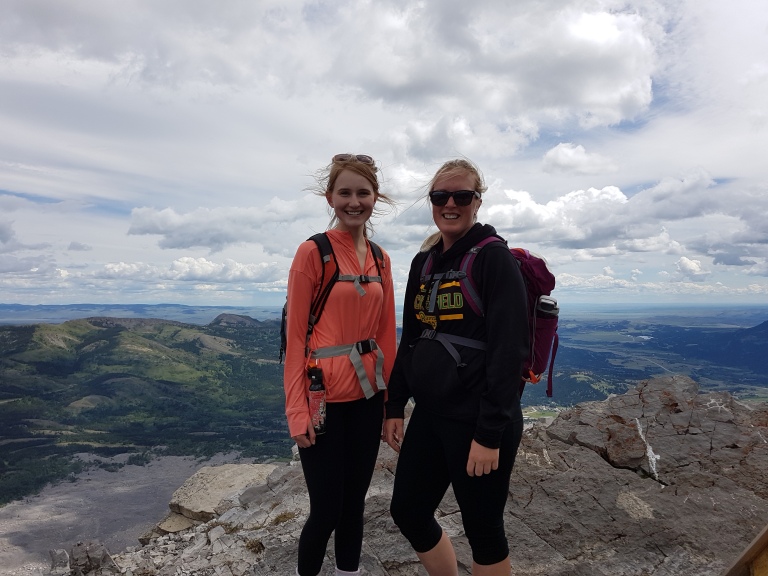 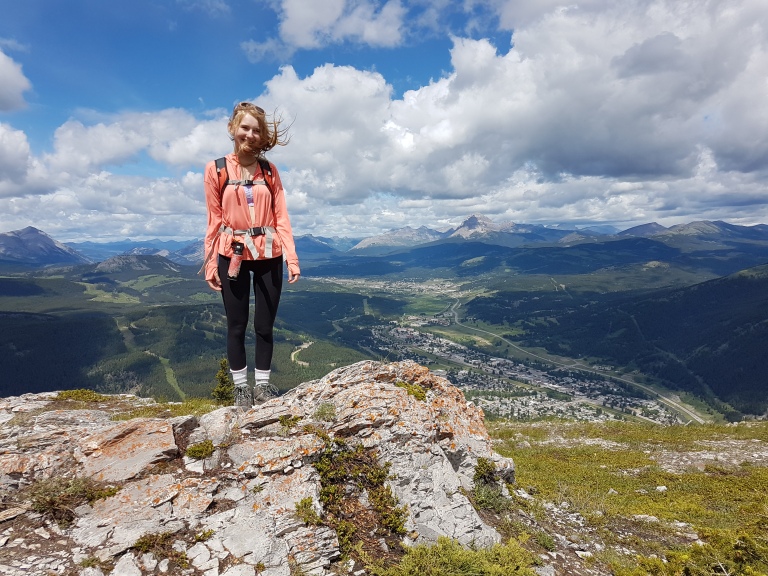 We reached the top of the north peak, and found a spot with a good view of the slide to eat our lunches. The wind started to pick up and we noticed a pack of storm clouds rolling toward us. We quickly signed our names on the register and then packed up our things. 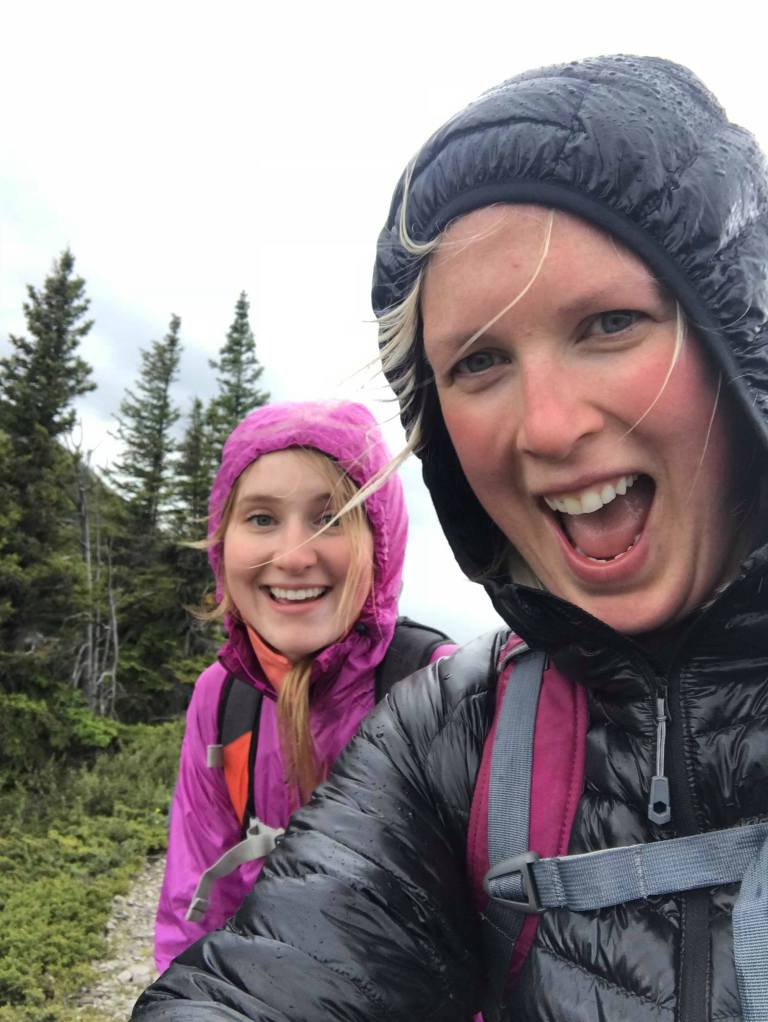 The rain came fast and we focused on quickly making our way down the mountain. The clouds were looking rather bleak, and we kept hoping that it wouldn’t start to thunder. By the time we made it off of the ridge it had almost stopped raining. Now the trouble was finding the proper way back down to the base. We had come up the wrong way, and now hiking down, there were a few off-shoots of trails that we could choose from. We tried one way and ended up at a drop off; while we were looking around for the right route, a couple who had just finished the hike spotted us from down below and pointed us to our left.  We headed that way, and saw a short  wall. We tried to figure out the best way to climb down it. Rachel and I then noticed a path off to the left, that was clearly the actual way we were supposed to go! We followed this trail, and sure enough it took us right to the bottom! Rachel calculated that our bush-wacking at the beginning probably saved us a good 30 min at least!

As we were leaving the Pass, we checked out Lundbreck Falls!

It was another successful Canada Day adventure with Rachel!

Before and After Pic Frank Slide 1903

Before the Slide Pic 2

View all posts by Mara

One Reply to “Turtle Mountain!”